Brief History of the Blue Angels

Brief History of the Blue Angels

Who doesn’t love to watch the Blue Angels fly over and perform their amazing air show, that’s why we at Main & Market thought it would be fun to share a brief history of the Blue Angels. With the United States Naval Academy commissioning week coming up on May 20th through the 27th, you’ll have plenty of chances to see them. Formed in 1946 by the orders of the Chief of Naval Operations, Admiral Chester W. Nimitz on April 24th, 1946.

The Blue Angels were first called the Navy Flight Exhibition Team but that all changed in 1946. One of the pilots went to a  New York City Night Club called the Blue Angel, apparently it was hit a chord because they announced themselves as the Blue Angels on July 21st, 1946. The Blue Angels are a part of the United States Navy’s flight demonstration squadron. They were formed to help boost morale, demonstrate naval air power and to keep the public interested in naval aviation. The group practiced and perfected their maneuvers in secret for their first performance on May 10th, 1946, over the Florida everglades. In 1947, flight leader Lt. Cmdr. Bob Clarke, introduced the famous Diamond Formation, now considered the Blue Angels’ trademark.

Double Farvel: The top and bottom jet of the Diamond flip to the inverted position and move back into the diamond formation. This is considered one of the team’s most difficult stunts.

Diamond Dirty Loop: The Diamond slowly (at 250 mph) curves its flying path upward to perform what looks like a back flip. No other jet demonstration team in the world performs this stunt.

Echelon Parade: The Diamond breaks from its traditional formation to create a stacked formation at a 45-degree angle.

Left Echelon Roll: The Diamond comes back in the Echelon formation and rolls 360 degrees as a single unit.

Delta Breakout: While heading toward the front of the crowd in the Delta formation each pilot dramatically separates from the formation

Diamond 360: The Diamond slowly flies by at a slight angle to demonstrate how close the aircraft fly to one another. The distance is 18 inches from wingtip to canopy.

Diamond Roll: The Diamond does a 360-degree roll as one unit, flying at 400 mph.

Fortus: The solo jets fly side by side with their landing gear and tailhooks down. The No. 5 jet rolls to the inverted position, creating a mirror image for the crowd.

So stop by Main & Market for some delicious lunch or grab some carryout from us before you head out to watch the Blue Angels. We love all things Navy, so congratulations to the men and woman who are graduating from the United States Naval Academy this May. 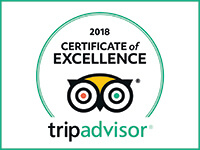